7 steps to become an author illustrator – Step 2: Create from the heart

Today on Step 2 of our journey along the heart flower path with Red and Woody, I’m sharing 7 top things I learned that’ll make your creations more successful

1. Inspiration can come from anywhere, jot it all down
2. Listen to the guiding voice inside – the inspiration for Red and the City came that way!
3. Often the best ideas are quick
4. Believe in and share your (unfinished!) work
5. Create from the heart, don’t look TOO much at other people, but look inside
6. It’s not the style that matters, but the feeling and storytelling your work communicates
7. Some other random things that fuel my creativity / result in better work

1. Inspiration can come from anywhere, jot it all down

When I started working on becoming an author illustrator in every minute of my spare time back in 2012, I started seeing story ideas and characters everywhere, even in the cracked walls and old fashioned patterned curtains of our damp basement flat in London! But also particularly in our very cheeky Golden Retriever, Harry, who’s inspired several story ideas of mine and most recently my picture book ‘Jazz Dog’ (showing the back cover) publishing with Oxford University Press in September 2019. 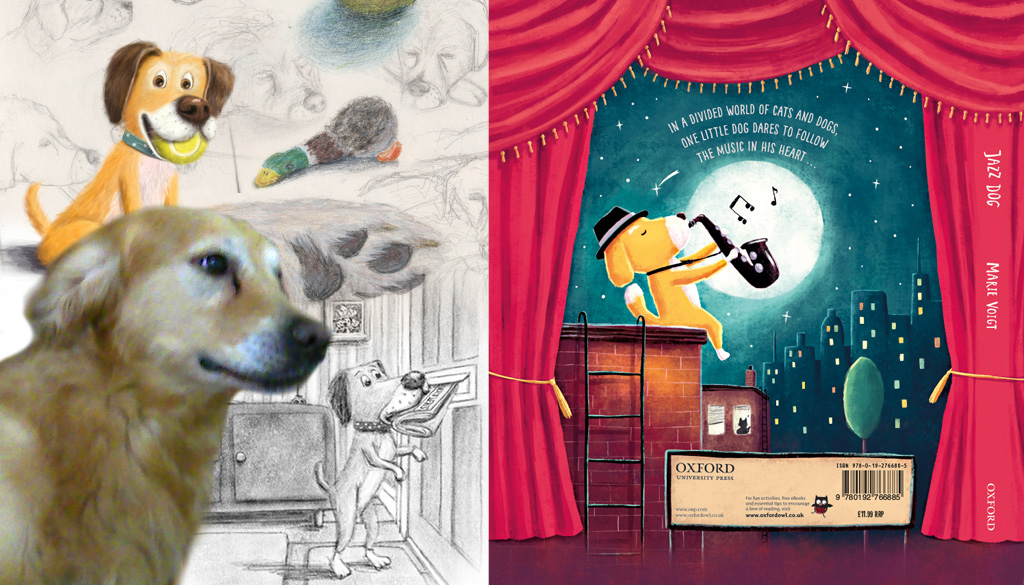 So make sure you jot it all down in whatever format that works for you, whether it’s a sketchbook, or your ipad or smartphone or even the old cliché of a napkin. Work on developing it, no matter what happens with it, at the very least what you learn this way will come in useful at some point!

Also listen to the people closest to you, who really know you and whom you trust. They can often give the most helpful and relevant little impulses during day-to-day life or when looking at your work. Do take note of their comments (which I should have started doing much sooner) and let their words ‘sit with you’ to see what resonates with you and where it may take you.

2. Listen to the guiding voice inside – the inspiration for Red and the City came that way!

One morning back in February 2017, whilst lying awake in bed and thinking what I could paint that day for my illustration portfolio I wanted to take to Bologna Children’s Book Fair just two months later, I suddenly had this image come to me of a tiny girl dressed in red offset against big buses, trains and lorries on a busy road. As I was doing a coloured sketch of this on my iPad, I thought, ‘Hey, this could be Little Red Riding Hood!’ And then, ‘Hey, this could be Little Red Riding Hood in the City! Hang on, this must have been done many times already.’ But a quick Google search later, I was surprised and relieved to find that it hadn’t!

3. Often the best ideas are quick

Even though I had NEVER intended on doing a retelling of a fairy tale, I was so excited about my idea that I immediately googled Brother Grimm’s Little Red Riding Hood text and started making it into my own. I was thinking, wouldn’t it be cool if the wolf was the city, and the city representative of the ‘system’ and the social conditioning and the challenges we grow up into. I think it only took me the rest of that day to sketch out the other spreads, because deep down, Red’s journey through the city is what I’d been going through in my own life up to that point.

I’m a perfectionist, which isn’t always helpful. By that point in 2017, I had already made well over 10 ‘near-finished’ picture books and ‘dummies’ that I never showed anyone because I always started thinking towards finishing one that ‘this isn’t good enough yet’ and started on the next idea. I nearly didn’t even take my rough Red and the City ‘dummy’ to Bologna two month later because I’d already moved onto my next idea by then! But as I had left my job in 2015 to concentrate on becoming an author illustrator full time and had used up my life savings by then, I was reluctantly forced to take and show everything I had. And thank heavens I did! Agents and publishers loved my rough dummies and particularly Red and the City with many even thinking my quick roughs were the final artwork!

So, start showing your work and ideas even if it’s not perfect in your mind! That’s what the agents and publishers are there for, to make it perfect with you.

Good places to share your work are of course through social media online, as well as at conferences such as those hosted by your local SCBWI and Book Fairs, more about those in my post tomorrow.

5. Create from the heart, don’t look TOO much at other people, but look inside

It’s a good idea to look at and study other people’s work to help you improve but sometimes it can also really confuse you.

OK, I definitely improved certain technicalities that way, like better contrasts which are so important with picture books, but by looking at other people’s work maybe a bit too much, I also spent many years exploring lots of different styles (Gosh, I even taught myself 3D!) only to come full circle in the end back to where I had started in terms of my natural story and artwork style.

So, don’t be afraid to be different. Just accept and be YOU.

When I was still torn about the kind of stories I should be writing, a major publisher said to me “What’s in your heart?” And that’s the most important question you should ever ask yourself. Because out of all my artwork (styles) and story ideas, the ones that always get the best responses, or that people remember the most, every time without fail, are the ones that came straight from my heart and my natural way of drawing/painting without overthinking ‘style’ and what might sell and what might not. So just take your hand and let it write and draw out what’s in your heart! Like Red and Woody, follow the heart flowers!

To prove this point even more, although I now work with two separate publishers, they both, independently of each other saw my strength in the heart-warming and more poetic stories which is really where my heart’s always been from the very beginning, before I got distracted by the success of the likes of Peppa Pig etc!

6. It’s not the artwork style that matters so much, but the feeling and storytelling your work communicates

Having completed two picture books now, Red and the City for Oxford University Press and The Light in the Night for Simon & Schuster UK (out Feb 2019), this is what’s most important to publishers, much more so than artwork style:

7. Some other random things that fuel my creativity / result in better work: 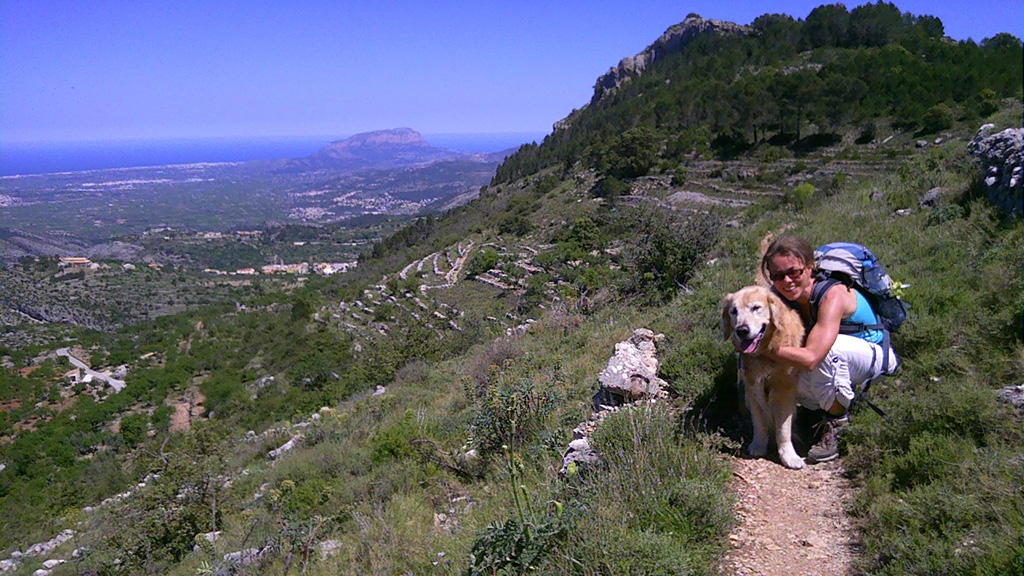 Support Red and the City

Almost all around the world, you can already buy or order the original English version in bookshops or online, where I kindly ask you to rate & review it if you liked it. Please also recommend it to your library or school.

Processing...
Thank you! Your subscription has been confirmed. You'll hear from us soon.